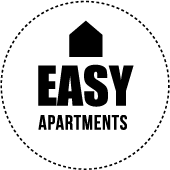 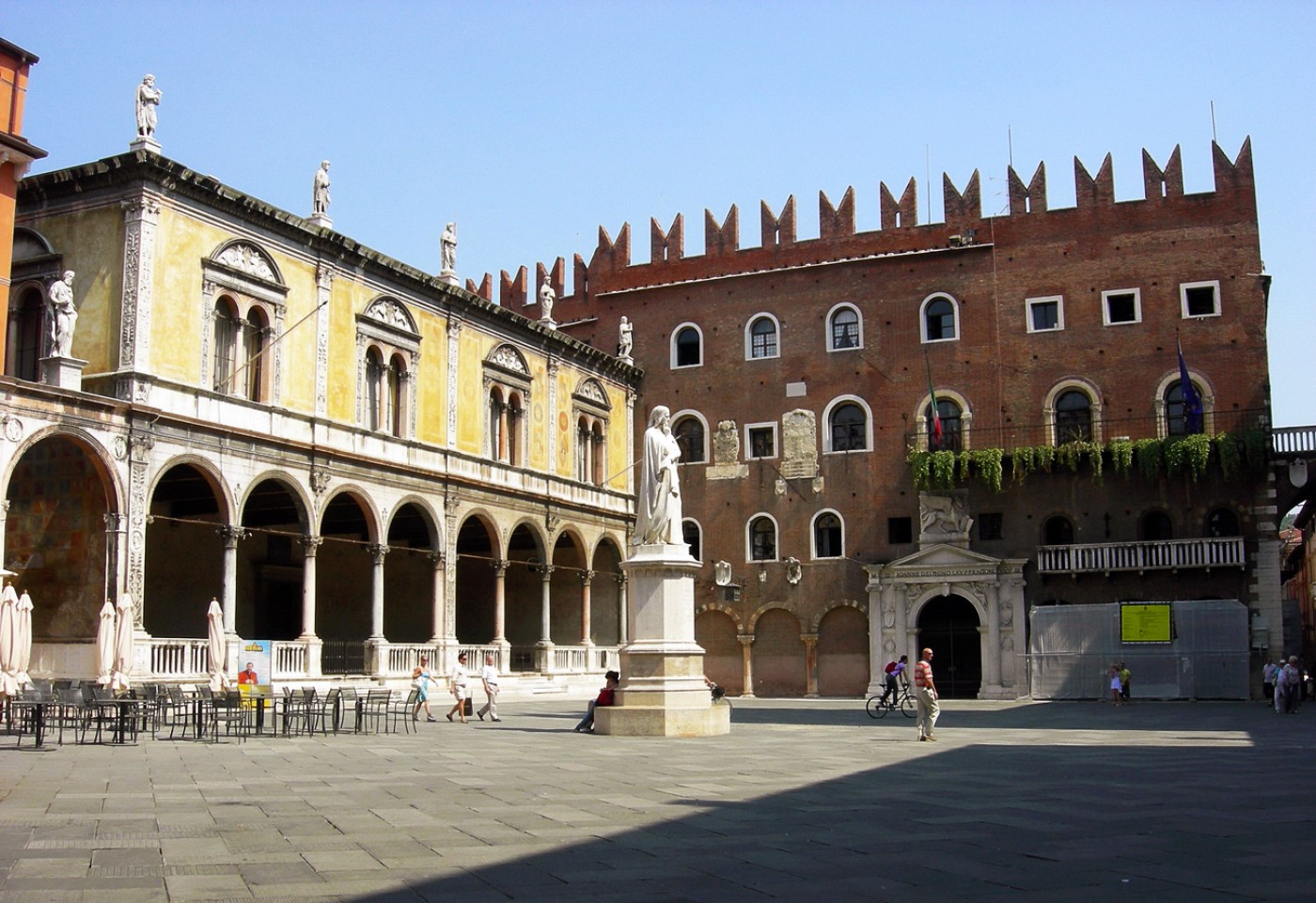 A few minutes from the apartments for rent Verona Tiny Loft and Verona Easy Flat - located in Via Timavo - there is one of the most fascinating and rich in history of the beautiful city of Verona: Piazza dei Signori.
Together with Piazza delle Erbe and Piazza Bra, Piazza dei Signori is one of the historical and artistic symbols of the Scaliger city and - in confirmation of its elegant atmosphere - it is considered the "living room of Verona".
Moreover - over the centuries - there has been a real passage of "witness" between Piazza delle Erbe and Piazza dei Signori, which for a long time constituted the center of political life: the first in Roman times, the second in period of the Scaligera Lordship and Serenissima Republic.

In Piazza dei Signori it is possible to access both from Piazza delle Erbe and from via della Costa.
In fact, crossing the Arco della Costa - on the right - we can immediately notice two buildings that have contributed to making the history of Verona: the Palazzo della Ragione and the Palazzo di Cansignorio.
Built at the end of the 12th century to become the seat of the municipal magistracy, the Palazzo della Ragione was a fortified residence of which - today - only two of the four large towers have survived.

Inside the Palace is the famous Scala della Ragione, made of red Verona marble that serves as a connection point between the Cortile del Mercato Vecchio and the portal of the noble floor.
Below the Scala - in addition - there is an entrance leading to the Torre dei Lamberti, which with its 84 meters represents the tallest building in Verona.
It is possible to go up the Tower via an elevator and enjoy the suggestive view of the historic city center.
Today the Palazzo della Ragione is home to the Modern Art Gallery of Verona.

The archaeological excavations that have allowed to discover the Roman foundations in beaten earth separate the Palazzo della Ragione from the Palazzo di Cansignorio, nicknamed "del Capitanio" or "del Pretorio".
Built in the second half of the fourteenth century, this building represents one of the well-preserved examples of a medieval fortified residence.

At the center of Piazza dei Signori - then - stands the famous monument dedicated to Dante Alighieri, built in 1865 on the initiative of the Academy of Agriculture and Society of Fine Arts of Verona.
The splendid marble statue - three meters high and supported by a pedestal in which the inscription "To Dante the first his refuge" is engraved - depicts Dante Alighieri thin and austere who, with his head turned towards the Palace of Cansignorio, holds in his hand one of his works.
The solemn monument was created in honor of the sixth centenary of the birth of the great poet, who was hosted by the city of Verona during his exile from Florence and, precisely for this reason, Piazza dei Signori is still called Piazza Dante.

Continuing to discover one of the most evocative squares in Verona, we see another building at the end of Piazza dei Signori: the Palazzo di Cangrande.
Built at the end of the 13th century, this majestic building was not only the residence of the Scaliger dynasty, but represented a real center of power, having also hosted painters, sculptors, poets and artists.

The palace is flanked by a splendid example of Renaissance art: the Loggia of Fra Secondo.
Built in the 15th century and rich in sculptural reliefs and classic decorative frescoes, the Loggia was the seat of the Council of Citizens that ruled the city.
Today, instead, the Loggia di Fra Secondo houses the offices of the Provincial Administration.

Completing our visit to Piazza dei Signori, we find - finally - the Casa della Pietà and the façade of the Domus Nova.
In particular, the Domus Nova acted as office and residence of the Podestà of Verona but it was also home to several foreign judges and, for this reason, it was called "Palazzo dei Giudici".
After the collapse of 1551, intense restoration work brought it back to its former glory and today it houses several restaurants that offer a complete view of Piazza dei Signori.

Piazza dei Signori is therefore a fundamental stop when visiting Verona!
The "living room of Verona" offers innumerable hints of history, art and tradition and with its suggestive views and splendid palaces makes walks in the beautiful city of Verona special.